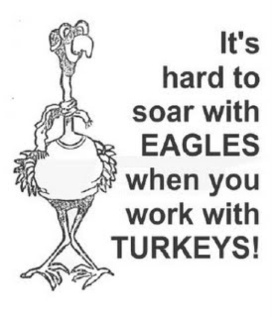 The history and folklore of the workplace is long and often unhappy, as the crude cartoon above strongly suggests. But one aspect of working life that has remained constant is the need to laugh off the impositions and aggravations of earning a crust. From the inanities of the ‘system’ to the bastardries of ‘the boss’, workplace humourists have always found ways to lighten things up – though not in ways necessarily appreciated by the management.
Since the industrial revolution delivered the typewriter we have found creative ways to satirise, criticize and take the piss out of work through fake forms, satirical memos, cartoons and a host of other send ups that have brought a smile to the harried faces of employees everywhere.
This form of covert humour was well developed by World War 1, and continued to evolve. When photocopier or Xerox technology came into general use from the 1950s this way of getting back at the boss exploded with the ability to quickly and surreptitiously make as many copies as required for distribution to fellow sufferers and posting on tea room notice boards. The facsimile machine, or ‘fax’ that came towards the end of the 20th century allowed you to send these mirthful missives far and wide. ‘The Problem-Solving Flow Chart ‘was a firm favourite (and still is in one form or another): 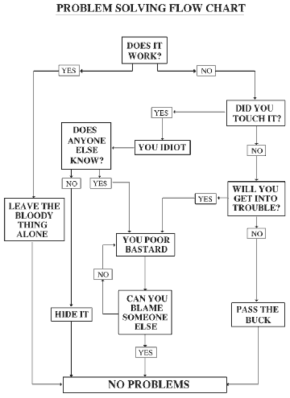 Then, as now, stress was a feature of the workplace:

The development of the World Wide Web from the late 20th century into the present has opened up vast new possibilities for creating, recreating and distributing items like this: 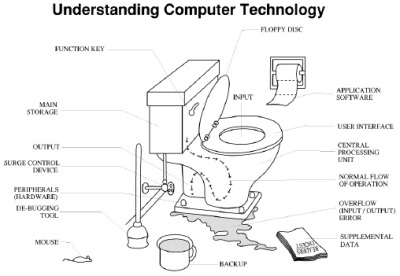 Or maybe this one:

This kind of humour is perhaps best understood as laughter that bites – usually to the discomfort of someone else. It operates through transgression, satire, parody, even cruelty. It is the voice, pen or computer of the workaday underdog biting back at the system that controls many waking hours. Most of us have to work for a living, but we don’t have to like it!