Here’s a selection of my other books …

‘Speculation about pre-Captain Cook voyages to Australia has long been a happy hunting ground for cranks and obsessives, but Graham Seal gives short shrift to the myths and fantasies that surround this period of Australian history. Skilfully interweaving documentary and recent archaeological evidence he relates the sagas of the wrecks of Dutch ships on the continent’s inhospitable western coasts, and shows that the convicts and crews of the “First Fleet” of 1788 which exploited Cook’s discovery of Botany Bay were by no means the first Europeans to land on Australian shores. At least 300 men, women and children from wrecked Dutch ships had struggled ashore in earlier years, and some might have survived. The fate of these unfortunate castaways makes an intriguing story which includes the possibility of contact with the local Aboriginal inhabitants. Their reactions to the influx of settlers after 1788 loom large in the last part of Seal’s fascinating book.’ – Glyn Williams, author of Naturalists at Sea: Scientific Travellers from Dampier to Darwin

‘When La Perouse sailed into Botany Bay four days after the British, empires collided. But cordially. So did indigenous and European cultures. Not so cordially. Graham Seal looks at the myth and mystery that has always surrounded the South Land. Informed, measured and very readable.’ – Sydney Morning Herald

“The Savage Shore takes us back to this vibrant venturesome and often deadly period of exploration …Seal proves himself an amiable and assured guide.”—Peter Moore, Literary Review

Outlaw Heroes in Myth and History

‘This book, in its general structure and treatment of the material, is quite original; and the scholarship is in my opinion very sound. It chooses a wide range of material – in my experience the widest yet available – and sifts it for understandings of how sociological and psychological factors interact with each other in this particular manifestation of the human predicament.’ Reviewer for Anthem Press, 2011.

‘ … it will stand on the shelf alongside the other world classics about the discipline of folklore produced in the opening years of the twenty first century.’ Professor John Ryan, University of New England in Australian Folklore26, November 2011, p. 71. 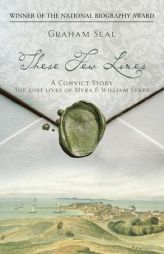 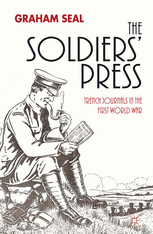 “The author is a knowledgeable guide to the community of the front-lines, and one of the key strengths of this work is the way in which the texts are connected to both the lived experience of the troops and the oral culture of the trenches.” – Adrian Bingham, University of Sheffield

“The Soldiers’ Press does not supersede the older work on trench journalism, but it provides the most comprehensive and detailed overview thus far of a fascinating genre.” – Adrian Bingham, University of Sheffield, Reviews in History, July 2014. http://www.history.ac.uk/reviews/review/1616

‘… an impressive discussion of the current thought and definition of folk heroes in culture and history.’ – American Reference Books Annual

‘A strong introduction defines the attributes, qualities, and origins of a folk hero as well as cultural and communal interpretations of heroism … this entertaining and wide-ranging work is a valuable addition to most libraries.’ – Library Journal (USA).

‘With this book, Seal has effectively accomplished a rarity in contemporary

scholarly writing: an academic work of cultural history that wears its theory lightly,

and is both of interest and accessible to the general public’. Captain Lachlan Mead, Australian Army Journal, vol 2, no 2 (2005).