June 6, 2018 By Graham Seal in ILLICIT ARTEFACTS Leave a comment

Fairly detailed article on how ISIS

uses stolen antiquities to fund operations, together with some information on related networks of illegal dealers, mafia involvement and dodgy deals by various museums and galleries. See my earlier post here. 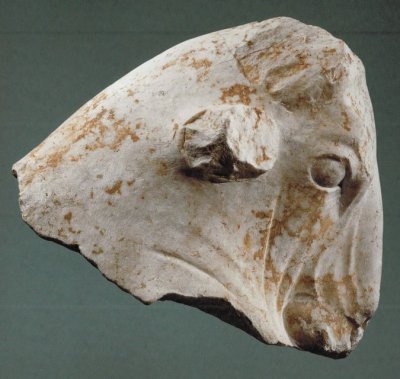 Recent raids on and ongoing investigations of high profile artefact collectors and dealers have highlighted the extensive global trade in illegal antiquities by the many who profit from the past.
Looting humanity’s heritage has always been big business. Today, it’s even bigger. The global trade is variously estimated to be (depending on whether art is included with artefacts) as between four and six billion dollars a year – and counting. But no-one really knows the extent of the trade and these enormous figures are probably just the tip of the pyramid.
Egyptian mummies and their associated grave goods are what most of us first think of in realtion to stolen artefacts. The romance of ‘Egyptism’ has long appealed to westerners and has been mythologized by generations of books, movies and often dodgy History Channel documentaries about Tutankamun and resurrected mummies bent on wreaking bandaged havoc. But almost every other ancient – and modern – culture is being plundered right now. Even WW2 shipwrecks are the target of treasure hunters with diving gear and very bad attitudes to war graves.
Until relatively recently, most of this activity was of interest only to a few police units, academics and joiurnalists. The general public heard little about it. The business has always been necessarily clandestine at every level. It is based on alrge number of hard-strapped locals plundering tombs and burial sites. Their swags of figurines and jewellery are sold for a pittance to middleman/women traders who flog them to unscrupulous dealers at enormous markups. The dealers then unload the artefacts at yet more enormous profits to disreputable, dumb or wilfully ignorant collectors, galleries and museums, many funded largely by taxpayers.
All this used to be very hush-hush. But then ISIS began blowing up antiquity and funding their terrorism by flooding the market with ‘blood artefacts’. As a result, the trade has suddenly become very visible and a hot number for the media and politicians.
Some very prestigious and otherwise respectable institutions have been blushungly returning artefacts they illegally or otherwise dubiously acquired. In recent years both the National Gallery of Australia and the Art Gallery of New South Wales have diplomatically returned illegal objects to their country of origin. Other ‘repatriations’ have been made by the J Paul Getty Msueum and the Cleveland Museum of Art, among others.

Some returns have been grudging and protracted. They would not have happened but for the investigations of a few academic entities like the Trafficking Culture consortium and the determined digging of journalists associated with the Chasing Aphrodite book and blog, together with patient excavations by one or two concerned legal authorities.
But what drives individuals and cultural instutions to seek and obtain pieces of the past? And to jettison ethics and legalities in the process? It’s easy to understand the limited alternative opportunities for local tomb raiders and the greed of traders and some dealers. But why are some people prepared to spend millions of theirs, and sometimes ours, on dusty objects with dubious provenances? Many objects are so ‘hot’, they can never be seen outside the anonymous vaults of private collectors. Others are purchased for public display and, sometimes, research in otherwise highly respected museums and galleries.
In the process of passing from dusty old junk to priceless antiquity, illegal artefacts become what Polish historian Krzysztof Pomian, author of  Collectors and Curiosities: Origins of the Museum, calls ‘semiophores’ – objects that lose their practical function and gain other value by virtue of where they are located and the meanings we invest in their display. In short, a sow’s ear is turned into a silk purse. As we gaze upon the purses on gallery walls and in museums we are supposed to somehow connect with the past and the humans who lived and died in it, the underground population we will all be joining in due course. But in reality, artefacts are simply old objects that, for reasons of our own, we invest with the significance we want them to hold.
Validations for acquiring ancent artefacts, illicitly or otherwise, usually include statements about ‘the treasures of antiquity’, ‘the heritage of humanity’, or how ancient art teaches us about our ancestors and so, allegedly, about ourselves. Any or all of these may be valid. But the real motivation is power – the power of acquisition and ownership. The museums of the world’s colonizing powers are still stuffed with plundered artefacts and even the bones of colonized indigenous peoples – even those who may have disappeared centuries before European invaders arrived. Nowadays, people want their stuff back. There have been some high profile and low profile returns but they barely diminish the piles of victor trophies. (And don’t mention the Elgin Marbles).
Does it matter? So a few overly wealthy relic addicts get stiffed. At least the local grave robbers earn a few crumbs to feed their families.
The trouble is that, for whatever reasons, some very knowledgeable and skilled curators feel the need to attain these objects for their institutions. Their needs, and the expectations and obligations from which they stem, motivate a massive global trade that now even involves mafias peddling the past along with prostitutes, drugs and guns.
It is not just greed. In the end, history thieves and their clients exist because a lot of us want to see the plunder of the past gracing museums and galleries, for our own good or bad reasons. It’s not just ‘them’, it’s ‘us’ as well.
Some more links:
http://illicitculturalproperty.com
https://thearabweekly.com/illicit-antiquities-trade-threatening-cultural-heritage