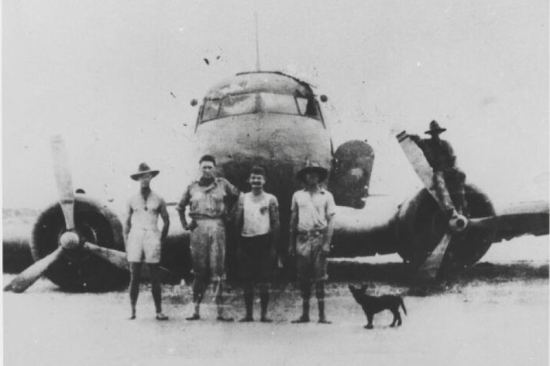 It was March 1942. Japanese forces were three days away from taking Bandung on the island of Java. The predominantly Dutch European population was being evacuated to mainland north-western Australia as quickly as possible. Early in the afternoon of 3 March, a Netherlands East Indies KLM Dakota passenger plane prepared to take off with eleven anxious passengers. As the Dakota was about to taxi to the runway the airfield manager handed the pilot, Ivan Smirnoff, a sealed brown paper package, telling him to look after it. A bank would take delivery of the parcel on arrival in Australia, the airfield manager said. Ivan’s mind was on more pressing matters, so he dropped the parcel into the first-aid chest and took off straightaway for the safety of Broome. It was around 1.15 p.m.

As the plane climbed into the sky, Japanese aircraft were attacking Australian coastal communities far to the south. Unfortunately, three of the Japanese fighters returning from the raid spotted the Dakota and raked it with bullets. Passengers were wounded and Smirnoff was struck in the arms and hip. He desperately threw the plane into a steep spiralling descent, pursued closely by the fighters. As the port engine burst into flame he had to act quickly. Smirnoff turned the aircraft towards the beach, managing to bring it down more or less level and then to swing its front section into the sea, extinguishing the engine fire. One of the passengers, himself a pilot, would later recall the Russian national ‘put up the greatest show of flying anybody in the world will ever see’. 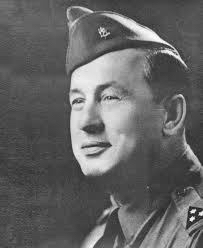 And so began one of the many enduring lost treasure mysteries. Smirnoff and his passengers were strafed by Zeroes and perishing for lack of fresh water. Survival was the priority, not packages. Four died, though the survivors were eventually rescued and Smirnoff returned to his usual flying. It was only some time later in Melbourne that he became aware of the contents of the package, when he was visited by a police detective and an official of the Commonwealth Bank. They had come to collect the mysterious brown paper parcel. Smirnoff told them that the parcel was lost. ‘What was in it’, he asked.

He was told that parcel contained a cigar box filled with thousands of high-quality diamonds rescued from Amsterdam before the invading German forces arrived. The gems had been on their way via the-then Dutch East Indies to safekeeping in the vaults of the Commonwealth Bank. They were valued at the time at half a million guilders, approximately twenty million dollars in today’s money.

The official wanted to know, quite urgently, where they were.

From this point, the story clouds over like every lost treasure tale. Although the brown paper package was – probably – lost in the sea, as Smirnoff said, it was rescued from the crash site shortly after the survivors had left. A local beachcomber and lugger master named Jack Palmer and others travelling with him came across the wreckage of the Dakota. They salvaged its remaining contents and Palmer found the package, either in the plane or in the surf, and quickly discovered its alluring contents. He divided the gems up, hiding most of them beneath the sand in an aluminium container and distributing the rest among his companions, telling them to keep quiet about the find.

Palmer was on his way to Perth to enlist in the army. When he arrived there, he went to the district military commandant and told the story of the crash and his discovery of the diamonds. To prove his point, he produced two salt cellars full of small stones for the astonished officer.

By now, though, diamonds were starting to turn up in unexpected places. One was found in the fireplace of a Broome home and another in a matchbox in a train carriage. Aboriginal people were seen with them and Chinese traders offered them for sale. Others would be found after the war, including one nestling in the fork of a tree.

An army investigation led to Palmer and two of his comrades being tried in 1943. All three accused were acquitted as they had—seemingly—handed in the diamonds to the authorities. Palmer then served out the war in the army. Afterwards, he tackled a number of business ventures and appeared to be living well through the few years that were left to him.

Jack Palmer died of stomach cancer in 1950. A priest attending his deathbed is said to have asked him what he had done with the rest of the diamonds. Palmer insisted that he handed them in. Then he smiled.

There are a number of other stories stemming from the medical staff who tended the dying man. They vary in detail but all end the same way. They all state that Palmer kept a mysterious bag under his bed which he hinted might contain riches—maybe cash, maybe diamonds. The day after he died, the bag disappeared.

Smirnoff returned to Holland after the war and continued his career as a KLM pilot. He seems never to have gone home to the USSR and died on the island of Majorca in 1956 after an adventurous life that even attracted the brief attention of Hollywood in 1944.

Stories still circulate about the ‘Smirnoff diamonds’. A number of books have been written about them. As recently as 2012 a claim was made by relatives of the man who drove Smirnoff and his surviving passengers to Broome that the pilot knew the package he was carrying contained the diamonds. Whether he knew or not, only a fraction of the hoard was ever recovered. It is thought that the bulk of the cache, perhaps twenty million dollars-worth, is still missing.

Are the Smirnoff diamonds still buried in the sand along with the remains of the ill-fated Dakota? Were they found by others? Or did Jack Palmer simply take them and spend up big for the rest of his life?

The full story is in my Great Australian Journeys though, like all good lost treasure yarns, this one is still being told…